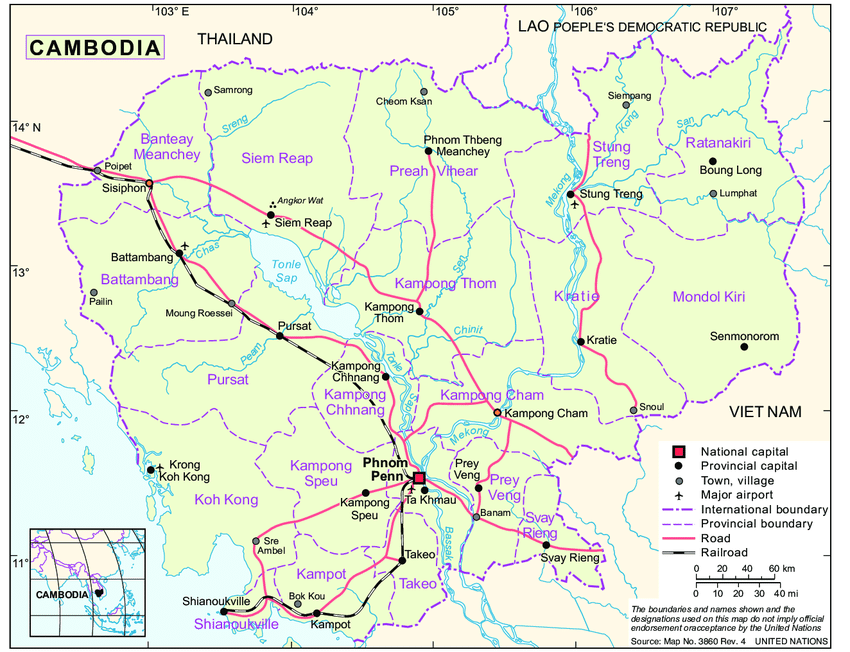 The Kingdom of Cambodia is located in Southeastern Asia. It is bordered by Thailand in the northwest, Laos in the north, Vietnam to the east, and the Thailand Gulf in the southwest. ,

Climate: Tropical – monsoon season from May to November; dry season from December to April

Terrain: Low flat plains with mountains in the north and southwest

Cambodia’s natural hazards: Cambodia is significantly exposed to a number of natural disasters. In particular, it is prone to river flooding during the monsoon season. Occasionally, the country suffers from forest fires, droughts, tropical storms, and monsoonal rains.